What happened to the Carbon 1 MK I?

If there is one thing we get asked most about, its what happened to the Carbon 1 MK I?

Here are some of your questions, hopefully, answered!

WHAT WAS THE CARBON 1 MK I?
The Carbon 1 MK I was a concept smartphone created and showcased between 2014-2017.
It was researched and developed to embody the realization of our vision to bring advanced materials like carbon fiber to everyday tech.
The result was a working smartphone that could re-ignite miniaturization and change reliance on unrecyclable plastics and hard to recover metals.

WHAT DID IT LOOK LIKE?
Our concept phone doesn’t look too different from the market ready device that you can get your hands on very soon. There is some notable hardware differences as we have upgraded to the latest industry developments. You will see here that the MK I only had a single camera unit for example. 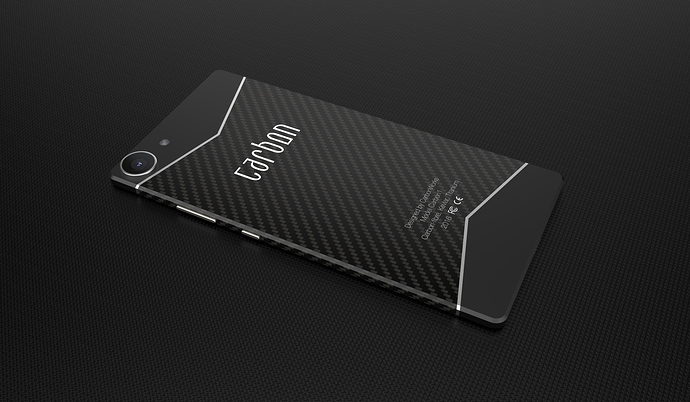 WHAT WAS THE REACTION?
The Carbon 1 MK I was showcased at numerous industry events. Most notably MWC in Barcelona and GITEX in Dubai. The response from the media and industry alike was incredible. The exposure gained provided Carbon with proof that there was a desire for a disruptive device like this.

Around this time, we also showcased the Carbon 1 MK I at a Deutsche Telekom (T-Mobile) Innovation Event. We filmed the reactions from the attendees that work there…

WAS IT EVER SOLD?

Yes and no is the answer to that.
Spurred on by the reaction from the world we could tell we were on to something and set about putting the Carbon 1 into production.
To fund this, we began taking advanced pre-orders and started what was then our original Carbonizer Founders Program. Working with new materials in this way and breaking new ground on a limited budget was a challenge. Unfortunately, in the early testing and development; some fundamental flaws in the MK I became apparent. We realized that creating the MK I in its current form would be difficult to create at a large scale and needed rethinking.

All pre-orders were refunded in due course.
The only Mark I’s that exist are locked away in a safe at Carbon HQ.

SO WHAT HAPPENED NEXT?
We went quiet for a while.
Probably too quiet and people thought we’d gone away.
Some of you are here from that time and we really appreciate your continued involvement.
The reality was, we were working very hard behind the scenes to entirely redevelop the Carbon 1 into a market-ready smartphone. We found new partners, explored alternative resources, and created new processes to make a real market disruptor.

And now we are here, with this. The Carbon 1 MK II!

We owe a lot to the Carbon 1 MK I. We hope someday it will be a museum piece as the first-ever carbon fiber smartphone in a world where all devices are built with advanced composites.

Have any other questions? Ask away!

Can i please buy one?

Maybe you will think about the coveridea for the actuaI model, I think it was great.

We definitely should do that. To be honest, back then we though magnetic covers are easier that what we thought!.
We didn’t give up on cool special covers yet, we just want to make sure that we focus our resources on delivering Carbon 1 first. We will get there