I‘ve just read an interesting article about carbon batteries, because on other websites people are claiming about too less capacity being offered in carbon 1 mark II:

I‘m technically not that experienced, but is the usage of such batteries something you would consider for future products if it keeps developing ?

Capacitors are not batteries. The advantage of capacitors is that they can be charged and discharged quickly.
The disadvantage is low energy density and high self-discharge. An interesting project, but for phones rather not target-oriented.

Ah I see, thanks for your explanation.
I found another interesting article:

The Carbon 1 MK II will have a battery power of 3,050 mAh. This is far less than the 3.340 mAh of my actual Huawei P30 Lite. Also neither the cpu is better nor the display. I am not a gamer and use my Huawei to read the news or to blog, or answer to comments. Since i´m a privateer i have a lot of time and after i awake i sometimes “work” for about 2 hours with the smartphone via G4, loosing approx. 20 percent battery power. However, i noticed that phone-calls use nearly no battery and - the more interesting fact - seeing news-videos seems to use less battery than scrolling permenantly up and down during newsreading.

However, i never reached the Huawei´s Limit on one day till now.

You should please take into consideration, that the Carbon Smartphone is a very special thing. It is not comparable to any other smartphone. It is a piece of art, finest craftmansship and also a “must have” Widget for Idiots like me. Actually i drive a W204 CT 63 AMG and a R129 500 SL. Cool Cars. But i´d like to have a Bentley Brooklands. 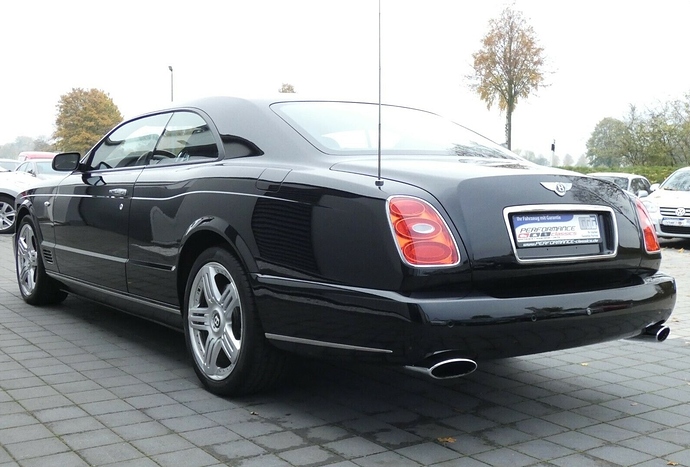 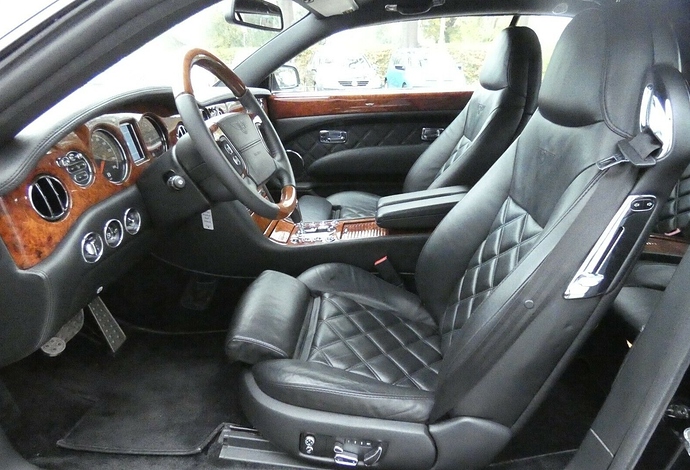 It is slower than the AMG. It weights perhaps as much as both Mercs together. But it is a piece of art and therefore i´d like to have it. It is simply something very special.

For me this car would be too massive and too conservative.
But what you probably want to say is that things bring the greatest joy not because you need them, because they are useful, because they are reasonable or even just sensible, but when they arouse a passion. They don’t stand up to comparison, but you want them anyway.
I can understand that, did you take the Bentley?

I´m thinking about buying it when i definetly move to Croatia. In Germany such a car can´t be parked outside a garage because of the envious people. But there is another car of interest which would fit next to my C63 onto the parking lot on the island. It is the ListerBell STR, a Lancia Stratos replica. 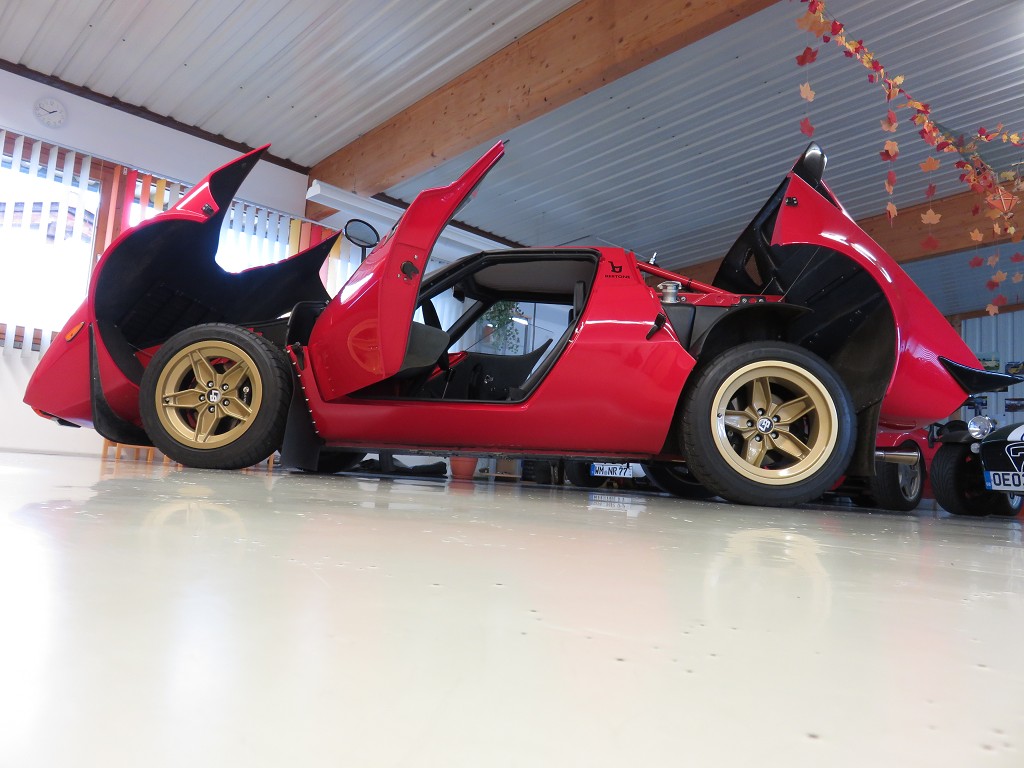 310 hp and extreme drving fun. Since i can park only one large Bentley or two smaller cars on my parking lot it is a very hard decision.

That are good looking cars & I also think that carbon 1 is a very special device. The reason for me to buy it was that it’s a reasonable compromise between new innovative materials & offering enough performance of the processor, battery… at once. To me the capacity of it‘s battery won‘t be a problem. But maybe for others who are searching for a new phone it may be too less. So I started this topic to find some interesting, sustainable projects of developing batteries.

My previous device used to have a big battery by Amprius which was relatively thin: 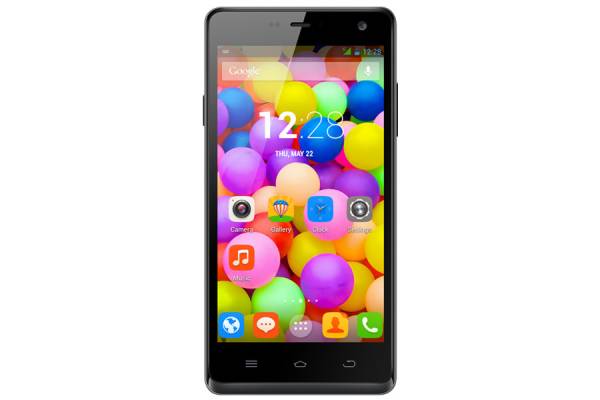 Meet the beastly Android phone with a 5,000 mAh battery

If there’s one reason to remember the Philips W6618 Android phone, it’s the amazing 5,300 mAh battery it packs under the hood — although the handset itself isn’t the 2014 flagship smartphone …

@Thom
You are right, the runtime and therefore the battery is an important aspect, the longer the better. But unfortunately it is also a question of size and weight. So on the other hand the question is how much is reasonable. As you write, the capacity of the carbon is no problem for you.
Nowadays there are always charging possibilities, at work, in the car and at home anyway. How much time does it normally take until you have a charging possibility again? For me I can say, usually four to six, rarely up to eight hours from time to time more. For those rare cases I take a Powerbank with me. I think one should keep the normal case in mind, for the rare cases one can take precautions when they are pending.

From my modest experience i have to say, that my Huawei P30 Lite lasts normally two days. Except i wake up to early, can´t sleep and read the international news. But then i stick it into the charger. In the past 5 years i never experienced a problem due to a lack of battery capacity. Only once i had a problem with the KAZAM Tornado 348 (2.000 mAh as much as i remember). I was on the Island of Losinj. I woke up, checked mails an news in my bed and went to the restaurant. There i surfed the news and went back home. But this was the day of the World Championships in Spearfishing, how i surprisingly noticed. The camera shot the KAZAM to its battery death, but i was still able to shoot about 50 pictures before.

More important IMHO would be, if the battery of the Carbon will be replacable without needing a so called expert. I did this with my Sonys and that was no rocket science.

I suggest thinking about this point, because the Carbon will be far to rare that normal Handy-Shops in Germany will have spare parts for it. So we would need to help ourselves or send the Carbon in, which will take a minimum of a week to get it back. Since i am living on the beautiful Island of Losinj, it´d took me even longer.

Those are my real problems, not the battery.

Repairability is a key design feature of the Carbon 1. Because everything is built within the monocoque body, components are easily reached to replace. Some technical knowhow is required to remove the screen and at launch as customers have the Carbon Care package included we would encourage everyone to take advantage. All repairs will happen at our repair facility in Flensburg so not too far to travel.

In the future, we will be producing repair guides for the more DIY approach and help people with extended lifetimes for their Carbon 1.